At Alsico, we love lab coats. We have been manufacturing them for over 87 years so we’re obligated to know exactly what our customers want and need for each unique profession.

It’s well-known that we pay particular attention to the aspect of protection in all our workwear, many of our customers require lab coats that not only look the part but protect them against chemical splashes, minor abrasions and substance spillages. However, alongside a good standard of protection, we do know that looking good and making a strong first impression at work is paramount to complete the aura of professionalism.

With this in mind, and for nostalgia’s sake, we wanted to reflect on some of our favourite characters who don a lab coat as their everyday attire. We pay homage to some of the classics, as well as some of the new kids on the block.

Which ones do you recognise?

Let’s start off with a classic. Back to the Future’s time travelling fanatic, Dr. Emmet Brown (not forgetting his dog Copernicus), iconically turned a 1982 DeLorean DMC-12 into a time machine, dearly regarded by co-characters as a little eccentric. He soon realises his invention is a bit of a disaster as he begins to alter the present by meddling in the past. His unorthodox experiments and ditzy disposition make him a little messy… his lab coat could do with a proper industrial launder! 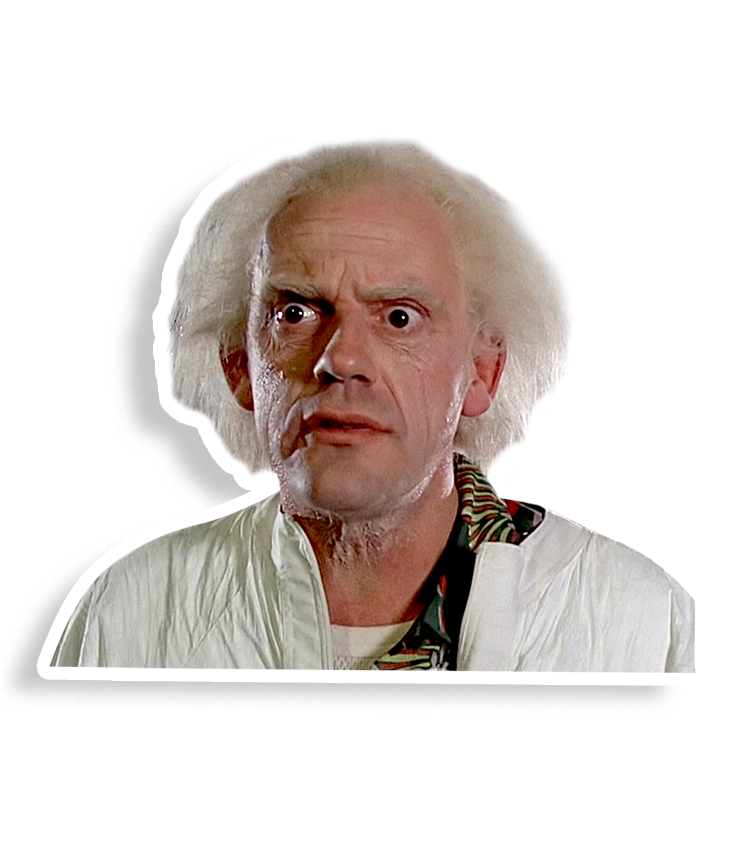 The star character of Dexter’s Laboratory, Dexter himself.. Whilst he may be small in stature, his brain is huge! A boy genius who builds wild inventions with the many interruptions of his menace sister Dee Dee. Unlike Doc, Dexter is a more serious and responsible scientist, his main concern is his sister ruining his creations. Dexter’s everyday look includes his purple gloves, black boots and, of course, his white lab coat to complete the laboratory aesthetic. 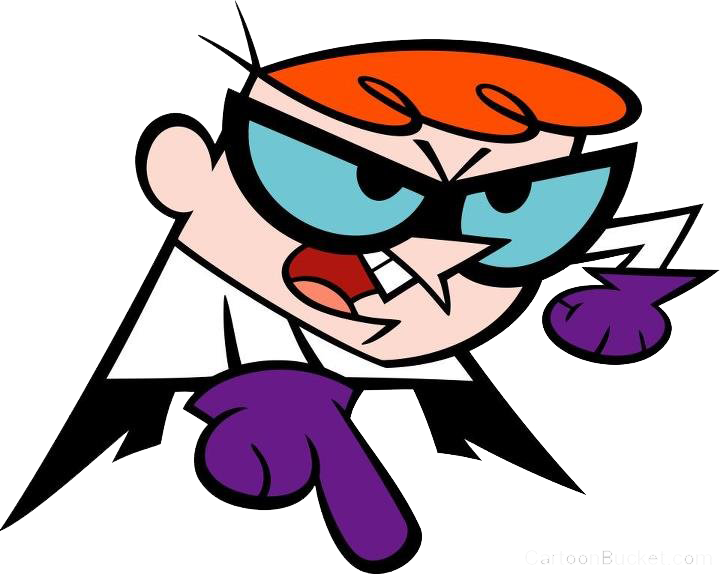 Rude but hilarious, we have the more recently popular  lab coat legend, Rick Sanchez. Or, more commonly known as Rick from Rick & Morty. Now, Rick is a scientist by profession, but he’s also an irresponsible Uncle to Morty, often flying him on intergalactic adventures battling space monsters and robots. His iconic look centres around his full length white lab coat which never appears to tarnish, no matter how many times he wades through alien goo. Maybe he bought it from Alsico? 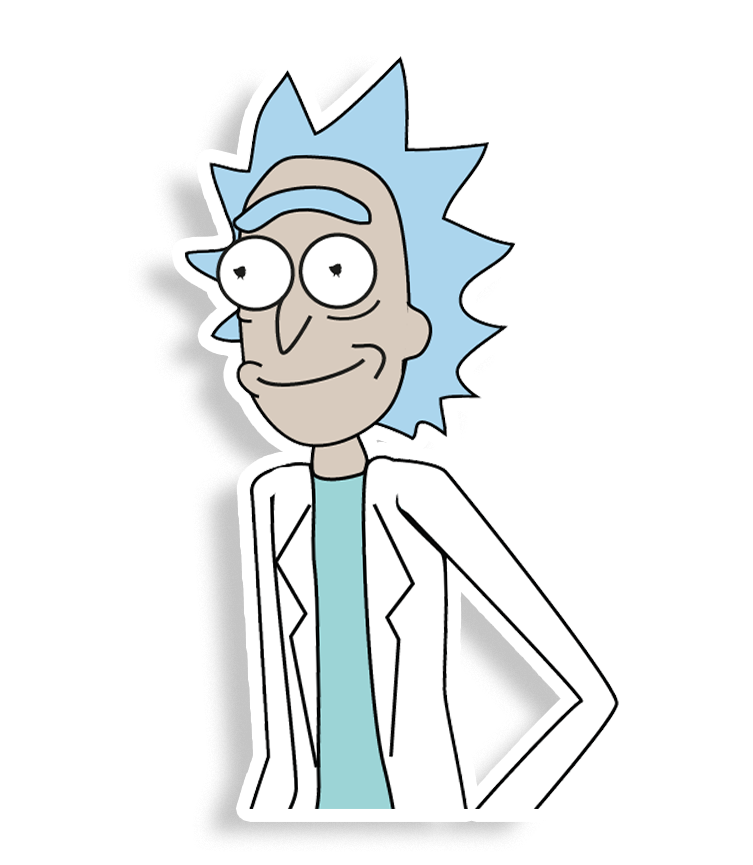 Glasses, a test tube in hand, a lab coat and blue bow tie, next we have Frink. Full name, Professor John I.Q. Nerdelbaum Frink Jr. One of the most recognisable recurring characters in the animated sitcom, The Simpsons. Prof. Frink is stereotypically nerdy and a bit mad, he is a scientist, mathematician and inventor after all. Although a cliche, often presented as extremely clever but socially inept. He is probably best known for making sudden and nonsensical noises like “mm-hayy!” A bit like Rick, we never see this character in normal attire. Even keeping their lab coats on around the dinner table!

Apparently, Springfield’s only real doctor and favourite medical professional - he must be busy - here we have the chuckling Dr. Hibbert that we all know and love. Our second lab coat wearer from The Simpsons series.Wearing a buttoned up doctor’s coat over the top of a shirt and tie, we rarely see him in normal attire. His signature lack of empathy is quite amusing, a character we wouldn’t want to turn up in our local surgery!

Image sourced from Wiki (via Pinimg)

Hi everybody. Hi Dr Nick! Our third and final character from The Simpsons (perhaps they have a trade account set up with our team), Dr. Nick is seemingly underqualified, and possibly a little unhinged. He’s the town’s botch job option surgeon, often offering discounted operations for quick surgical or cosmetic fixes. But this doesn't stop him from trying to look the part. He also dresses in a lab coat, sometimes even in a surgical scrub suit, but it is usually splattered in blood.

Now, this one may not be recognisable by name but you would certainly recognise his workmates - yellow, dungaree-wearing, tic-tacs that speak in gobbledygook. Dr Nefario features in Despicable Me, he is dubbed a “gadgeteer”, equipping main character Gru with all his tech to fight off evil. Dr Nefario is more of a mechanical engineer than he is a scientist, but of course, like the rest of our clan, he wears a laboratory coat paired with huge black rubber gloves and goggles! 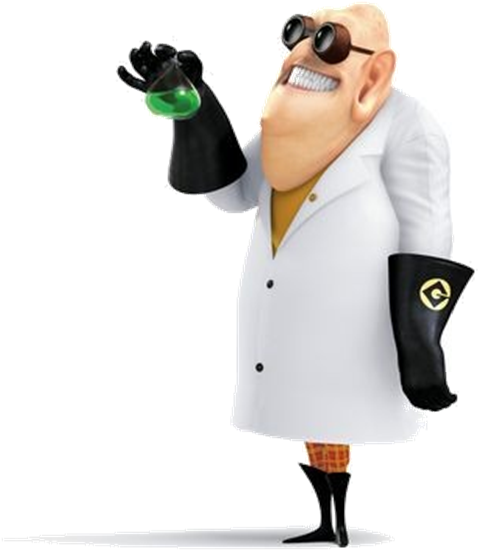 Any Anime fans out there? This one’s a classic. Professor Oak, a Pokemon researcher, is yet another example of a beloved character who we associate with his lab coat attire. In fact, we never see him out of it! This Japanese animation is very famous all over the world, and Professor Oak appears in the majority of the Pokemon series and games. Out of all our characters here, he is probably the most stable in terms of personality, and the most ‘human’ despite being a cartoon.

Last but not least, Dr Cox is of course from Scrubs, played by John C. McGinley. Witty and cynical, this character provides a lot of laughs throughout the comedy series, often obsessed with an unsolicited hatred for Hugh Jackman. Chief of medicine, Cox, proudly cloaks himself in a white doctor's coat, often paired with a stethoscope scarf. He certainly seems the most trustworthy in our list, followed by Professor Oak in close second place. 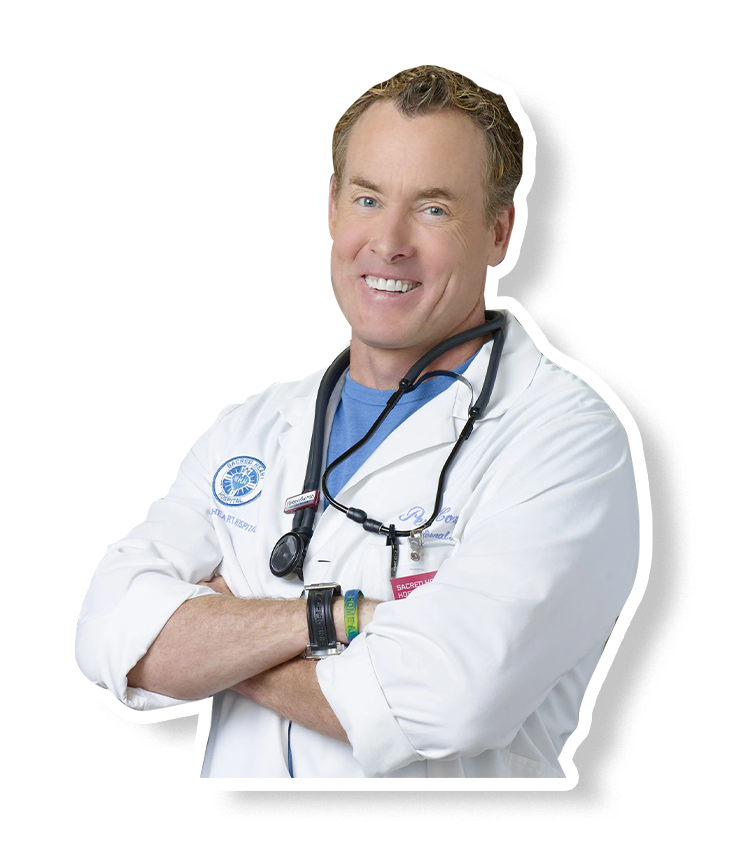 Are you trained in a profession that requires a work coat, or even a lab coat, of sorts? We have a whole range of fits, colours and design functions to choose from.

Our expertise in fabric technology means you can trust our products to protect, provide comfort, and endure substance splatter and high laundering temperatures. If you have questions about our material capabilities, ordering processes or anything else, please contact us on +44 (0)1772 662500 or email us at sales@alsico.co.uk

You can also use our live chat service if you need a quick response.